A family, whose eight-year-old daughter deals with mobility issues, was welcomed back home Wednesday morning after a major home renovation.

Vienna Kennedy has a congenital muscle syndrome, which sometimes makes it difficult for her to get around.

Her parents, Jared and Liana Kennedy knew they would need to make some modifications to their home to accommodate Vienna, but the price of the renovations wasn’t cheap. When local contractors hear about the Kennedys’ situation, then jumped in to help, spawning the “Build Love” project.

“There were some extreme challenges inside the home, as it (has) concrete internal walls,” Brandon Fuchs, Build Love co-founder said. “All the contractors, no matter what challenge, came up, we looked at it, solved it and moved on.”

Three months after construction began, the home is now complete. The project saw a full exterior renovation with an accessible ramp and doors.

“They just thought of everything,” Jared Kennedy said. “Even the island is at her level, but moves out of the way. The desk moves up and down.”

The layout of the home was also updated, to make it easier for Vienna to move around and access closet space, the bathroom and kitchen features.

“Everywhere you look, you can just see the fingerprints of love here and every detail. (They) have done the big things and the little things, and it’s amazing,” Liana Kennedy said. 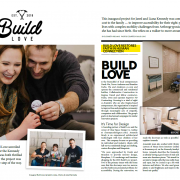 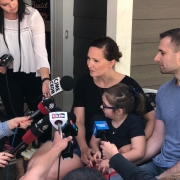 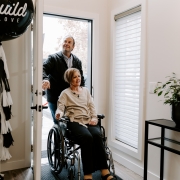 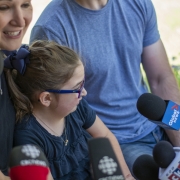 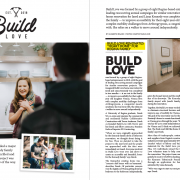 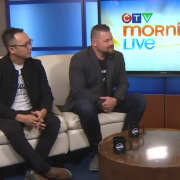 CTV News: Build Love continues to give back